Surprise your Mum this Mother’s Day with these gorgeous choux pastry eclairs. Filled with rich crème patisserie and topped with sugary sweet icing, take your pick on what flavour combinations suit your fancy, from coconut, pistachio, espresso, raspberry, passionfruit and decadent chocolate. You will need a piping bag, 1cm star nozzle and a skewer. 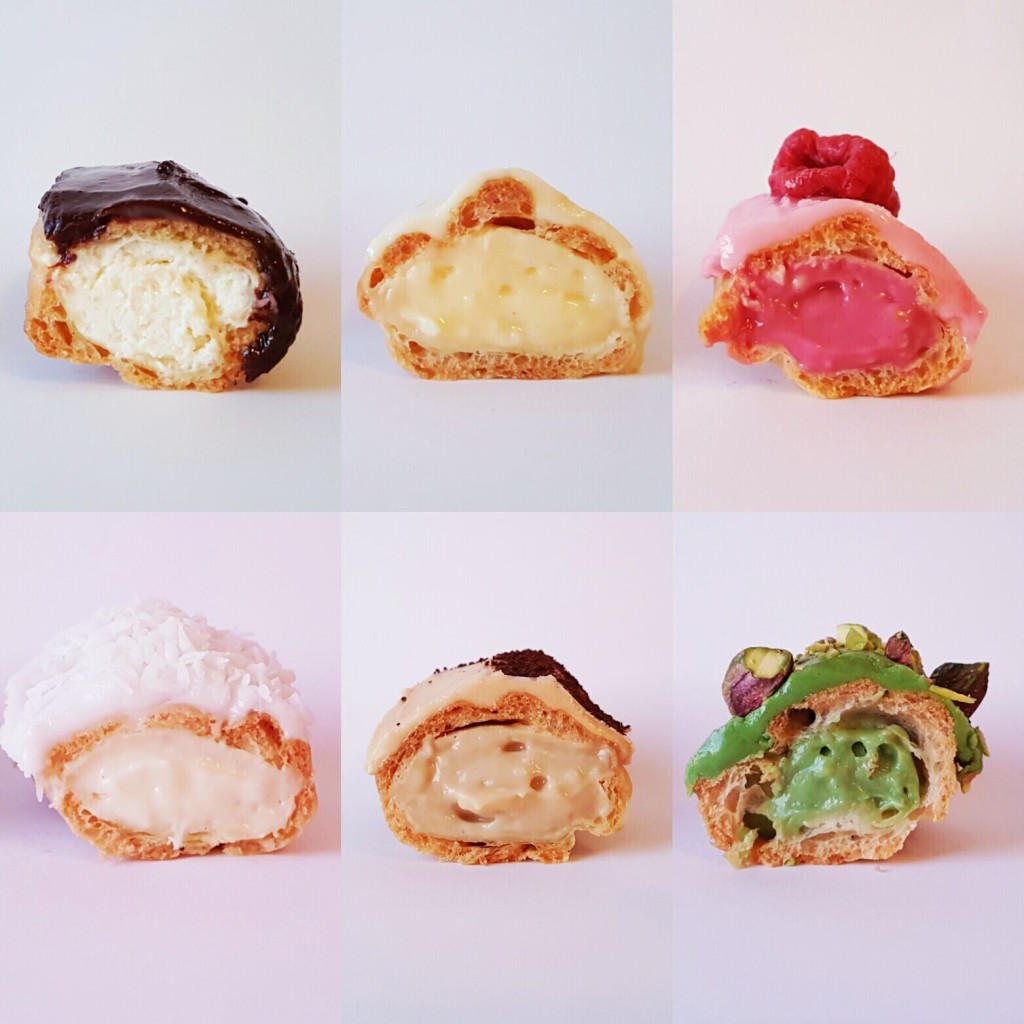 Gently heat the water and granulated sugar together on the hob until the sugar has melted. Blend together with the frozen raspberries until a puree is created. Sieve the mixture to remove the seeds. Discard the seeds. Replace 50ml of the milk in the crème patissiere recipe with 50ml of the puree. Pipe into the eclairs. Combine 3-4 tablespoons of the puree with the icing sugar, ice the eclairs and garnish with fresh raspberries and white sprinkles.

Replace 50ml of the milk in the crème patissiere recipe with 50ml of hot espresso. Pipe into the eclairs. Combine 2-3 tablespoons of the espresso with the icing sugar, ice the eclairs and garnish with ground coffee.

Replace 30ml of the milk in the crème patissiere recipe with 30g of pistachio paste. Pipe into the eclairs. Combine 1 tablespoon of the pistachio paste with 3-4 tablespoons of water, a couple of drops of green gel food colour and the icing sugar. Ice the eclairs and garnish with chopped pistachios.

Eggs - are always large for baking, unless recipe says otherwise

You can search my recipes by ingredient or event, whether it's a lazy breakfast, quick lunch or special occasion my recipes will inspire you to be creative in the kitchen.