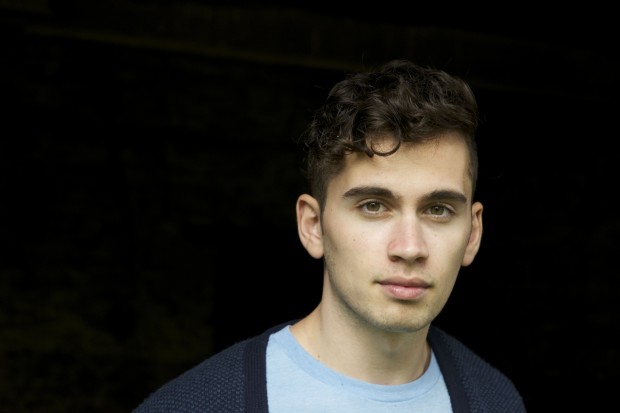 Sam Stern has been publishing cookbooks since he was fourteen. He’s a recent graduate and a proud Yorkshireman (so he loves a proper cup of tea). He’s pretty handy in the kitchen too.

Sam has been cooking for as long as he can remember. From the moment he saw his mum bring a loaf of treacle bread out of the oven, he was hooked. As soon as he was tall enough to reach the worktop, he became the unofficial sous-chef for the family, helping his mum to turn out meals for the veggies, vegans and carnivores around the dinner table.

Sam wanted his friends to enjoy cooking as much as he did, and that’s what inspired him to write his first book, Cooking Up a Storm (2005), at the age of fourteen. Packed with family favourites and recipes his friends had asked for, he expected it to sell about ten copies. It turned out to be an international bestseller and a series of other cookbooks followed. In Real Food Real Fast (2006), Sam proved that making good food from scratch needn’t take hours; with a bit of organisation, anyone can knock out tasty dishes in no time flat. Get Cooking (2007) takes eight of the tastiest ingredients – cheese, chocolate, potatoes and more – and transforms them into over 120 delicious recipes. Sam Stern’s Student Cookbook (2008) became a firm favourite with those heading off to university. Its easy recipes, clear instructions, short ingredients lists, handy tips and focus on budget make it a must-have for any fresher. Not just for veggies, Eat Vegetarian (2010) is a collection of brilliant meat-free recipes that are tasty enough to convince the most committed carnivore to ditch the sausages (for one meal at least). Sam Stern’s Cookery Course: For Students in the Kitchen (2012/13) is a cookery masterclass in the comfort of your own kitchen for home cooks of all ages. Packed with essential cooking techniques, hints and tips, as well as a new selection of mouthwatering recipes, it’s a must-have for home cooks old and new. Too Good To Share (2015) is about being creative in the kitchen, cooking what you love and not having to please anyone else! Solo cooks should revel in having the kitchen exclusively to themselves; they shouldn’t view it as a solitary experience but a real chance to have fun and experiment. In showing you how to cook for yourself, I hope to be able to inspire you to make the effort – and it’s not even a big effort! It’s exciting, and much more so than just chucking a couple of boring slices of bread in the toaster. With a bit of guidance, you’ll soon get back into the joys of really good food. Sam’s passionate but down-to-earth approach to cooking has won him fans across the world. His books continue to dominate the youth cookbook market and have been translated into many languages.

Sam has attracted global media attention. He’s featured in all the UK broadsheets and most of the tabloids and has made regular TV and radio appearances (including BBC Breakfast, GMTV, Newsround, Sky News, Blue Peter, Calendar News and BBC Radios One, Two and Five). He was a regular columnist for children’s newspaper, First News, and a monthly recipe contributor and occasional restaurant reviewer for Yorkshire Life. He has also featured in Teen Vogue and many other teen magazines. He often features in the European media and completed a media tour of the US during which he did an interview and demonstration on The Today Show Live. In support of the School Food Trust, Sam designed a range of recipes for families to cook together – Sam Stern’s Sit-Down Dinners – which were used in national cookery clubs.

At the start of his gap year, Sam completed the intensive 12 week cookery course at Ballymaloe because he wanted to make sure his kitchen skills were up to scratch. He has done work experience in a professional kitchen and at home he always thinks three meals ahead.

Sam continues to cook and write. He harbours dreams of opening his own cookery school and restaurant/jazz bar.